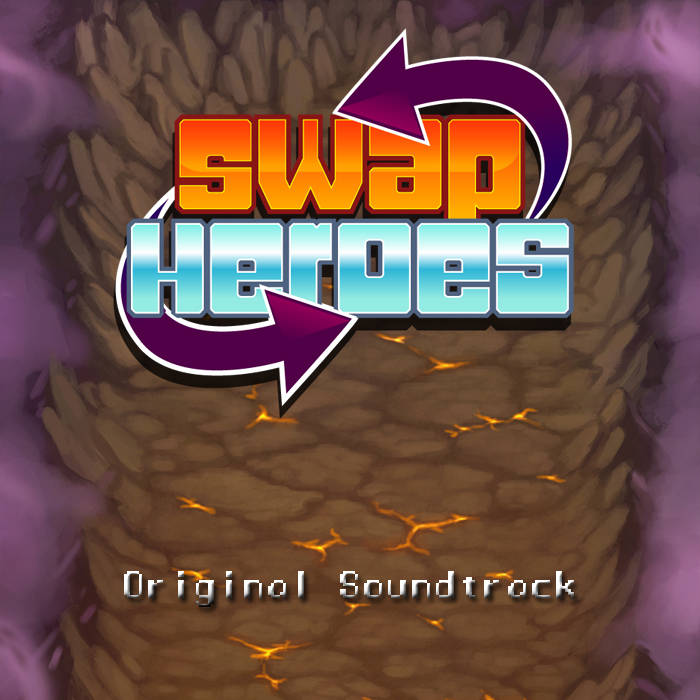 Swap Heroes is the newest mobile game by Chris Savory which is out NOW!

Please feel free to enter a zero and grab the link. And please share the music with anyone you want. But please do consider purchasing this or some of Chris's other games instead.

This project marks my very first foray in to the delightful world of 16bit SNES music. I had never considered creating deliberate SNES music before Chris approached me to make the music for his previous game (The Boy with Bombs). By the time he asked me to write some music for his next game (Swap Heroes) I had already caught the SNES bug, and I was very excited to just get in there and mess with the sounds again.

Once I began to study the SNES music more closely, I started to notice how much effort was put toward mangling the samples in interesting ways. For a while I just assumed the SNES composers took the easy route by getting to use prerecorded samples of real instruments. Easy, compared to the NES and Genesis composers who were out there wielding raw wave forms and trying to make sense of it all. It wasn't until I start analyzing the techniques used in SNES music composition that I realized they were very deliberate about the specific volume envelopes, pitch bends and vibratos for EVERYTHING. While the game may have had just one sample for any given instrument, the composers would constantly mangle the sound to appear as if it were many other instruments. You'd be surprised how some of the most iconic SNES sounds tend to originate from a simple music box sample. I must say it was quite the serving of humble pie.

I couldn't possibly go in to the insane levels of detail they did, but I tried to bring over as many lessons as I could to try and create a new SNES soundtrack that was directly inspired by games like: Chrono Trigger, Secret of Mana, Star Fox, Yoshi's Island, Super Mario RPG and Ninja Warriors.

Composer of music for video games.

Bandcamp Daily  your guide to the world of Bandcamp